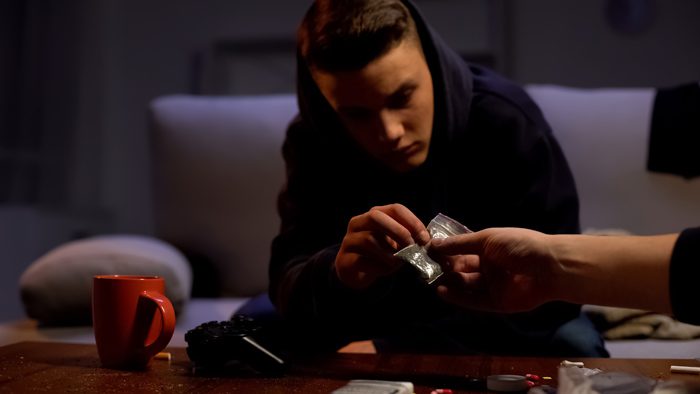 Drug and alcohol misuse on college campuses is an ongoing problem. While many might assume that college students use mostly alcohol and marijuana, other types of drugs are likely involved as well. When a person uses more than one type of drug to get high or to get some other benefit, they are engaging in polysubstance misuse.

What Is Polysubstance Misuse?

Polysubstance misuse can occur in various forms. In some cases, it occurs when a person uses whatever drugs are available to them to get high. In this case, a person can become addicted to the high sensation rather than a specific drug. They use whatever they can find to achieve this sensation.

In other cases, people use more than one drug to achieve a specific outcome. For example, they may use cocaine to get high and then drink alcohol with it as a way to reduce some of the negative side effects of cocaine. It’s common to mix depressants and stimulants like this to balance out those negative effects. In this situation, students can become addicted to the drugs themselves, meaning they need to keep using more to avoid cravings and withdrawal symptoms.

What Happens on College Campuses?

The Substance Abuse and Mental Health Services Administration reports that in 2014 one in five full-time college students reported using illicit drugs within the past month. From 2011 to 2014, the report found that on an average day, 1.2 million students drank alcohol and 703,759 used marijuana. Off-campus parties are an easy way to find these substances. What’s happening at your child’s school?

Alcohol is considered a socially acceptable drug to use at school. Because it is used so commonly, it’s hard to pinpoint if a person has developed an addiction to it.

The legalization of marijuana has made it easier for college students to gain access to this drug as well. Some use it to get high. Others use it for stress relief.

Prescription drugs have become one of the highest-risk drugs on campuses. This includes medications used to treat ADHD, like Adderall, also known as a study drug. These drugs are popular because they can help students to focus longer and sleep less. For students who are facing pressure, “study drugs” like this can help them to achieve their high academic goals.

Other Illicit Drug Use

Other drugs on college campuses include heroin, ecstasy, and cocaine. Ecstasy, also known as molly, is a common party drug. It’s used as a way to get high and can be very addictive.

The Risks of Polysubstance Misuse Are Constant

Many of today’s colleges work hard to keep drugs and alcohol out of dorms and on-campus properties. Yet, apartments close to campuses as well as other sites make it hard to manage what students are doing. These young adults are far from home, with more independence than ever, and they have rather easy access to these drugs. The social pressure to use makes it easy for students to try one or more drugs.

More so, college students are often under intense stress to meet their academic and athletic goals. There is more demand for students to be involved in numerous activities, such as leadership positions, clubs, and associations. This adds stress, and many students use a substance to help them focus.

With numerous drugs accessible to them, many college students turn to drugs to get the “help” they need. Yet, addiction can happen rapidly. Many times, parents have no idea their son or daughter is struggling with drug use.

How Can You Get Help?

Are you using more than one drug to get through the day at college? Do you feel like you have to use drugs to be able to study long enough or focus enough? You may even find yourself just drinking or using whatever drugs are available to you because that’s what your friends are doing. It’s important to know that no amount of drug use is safe.

You may have an addiction if you have any of the following symptoms:

In these situations, your first step is to get help. Our drug treatment program can help you by providing fast, reliable support so you can get back to your education. Don’t put off getting help: your future is at stake, and we want it to be a healthy, successful one.

To learn more about our programs at Ranch at Dove Tree, and our Lubbock addiction treatment centers, please contact us today at 800.218.6727.