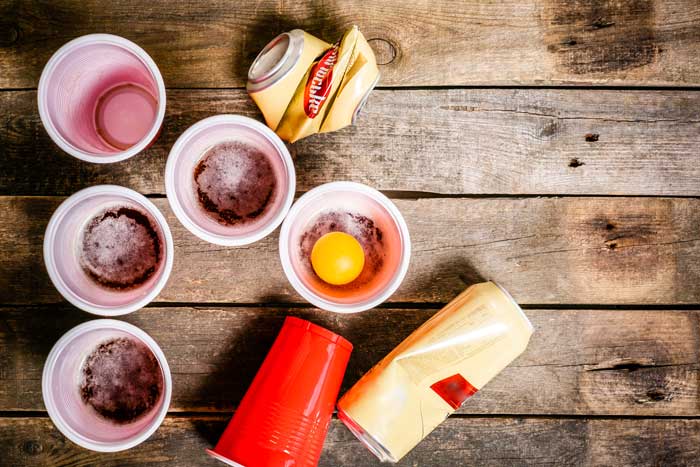 Binge drinking is a dangerous occurrence playing out on college campuses across the United States.

Students engaging in alcohol consumption is not uncommon, but binge drinking involves consuming a large amount of alcohol in a short amount of time. Whether it happens after a big test or every weekend, binge drinking is often a sign of a serious problem.

How Prevalent Is Binge Drinking on College Campuses?

Some may call it a rite of passage, but with 60 percent of all college students aged 18 to 22 drinking some amount of alcohol on campus each month, there is reason for alarm. According to a survey from the National Institutes on Alcohol Abuse and Alcoholism, binge drinking occurs in 2 out of 3 of these students every month.

The statistics also point to the outcome of such episodes of intense drinking:

All of these statistics indicate alcohol on college campuses is an extraordinary problem. This does not touch on the academic impact alcohol consumption has either, with many students reporting failing or simply not attending classes due to their drinking habits.

What Is Binge Drinking and Its Consequences?

As noted, binge drinking occurs when excessive alcohol is consumed in a short period of time, according to the US Centers for Disease Control and Prevention. When a person’s blood alcohol concentration reaches 0.08 or higher, there is a high likelihood of impairment. This is intensified when the alcohol consumption continues or is at a significantly faster rate than what would be considered normal.

The risks associated with binge drinking are numerous. They include:

Why Does Binge Drinking Occur?

On the college campus, students feel empowered, invincible, and free from the watchful eye of their parents. Many times, college students do not recognize the signs of alcoholism development or health risks associated with this condition.

Students Want to Fit In
In some instances, students drink because other students drink. It is a way to make friends and to break into social groups. Peer pressure – even at the college level – is a very big reason why so many college students start drinking early on. There’s no doubt social interactions are important at this age, but making those connections in a new world is challenging. Drinking can seem like a way to help break that ice.

School Pride
There’s always a reason to celebrate, and alcohol tends to go with it. Whether it is before or after a football game or just a college event, there are instances in which school pride creates a “reason” to celebrate. The end of the educational quarter can offer the same encouragement to drink.

Groups with Established Patterns
Many people associated Greek sororities with alcohol drinking, binge drinking, and house parties. This image creates an expectation that drinking will occur. If the group has an established pattern of drinking, new members are likely to step right into the same path.

What Can Be Done to Prevent Binge Drinking?

It is difficult to put pressure on colleges to find solutions for the problem. Most locations do take steps to minimize it. Yet, as parents, it is very important to consider your own ability to help students recognize these risks and to create a plan to minimize them.

At The Ranch at Dove Tree, we offer a residential program designed to help college students to get the support they need when exposed to drugs and alcohol.

To learn more about our programs at Ranch at Dove Tree, residential treatment for alcohol abuse in Texas, please contact us today at 800.218.6727.