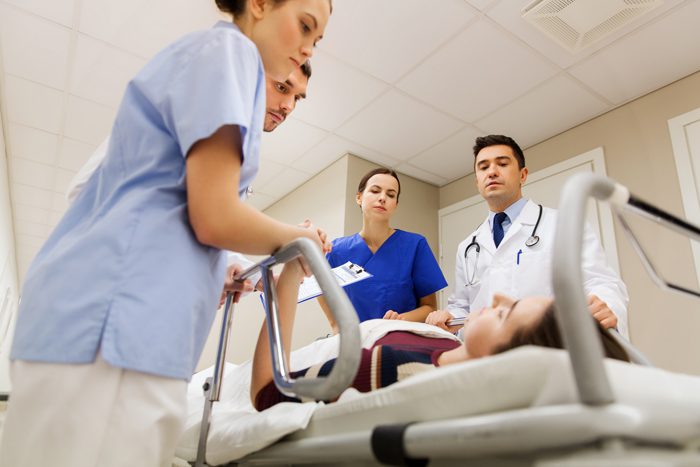 The dangers of alcohol poisoning are real.

Movies tend to romanticize drinking and partying but fail to show the results of over-consumption. Alcohol poisoning occurs when a person’s BAC (blood alcohol content) has increased to dangerous levels. These levels vary from person to person, and tolerance can play a large role. Even after you have stopped consuming, alcohol is still coursing through your veins and raising your BAC. Here are some of the signs that a person has gone past simply drinking too much and is now entering the dangerous arena of alcohol poisoning.

According to the National Institute of Alcohol Abuse and Alcoholism, some physical symptoms associated with alcohol poisoning are slow or irregular breathing, vomiting while unresponsive, and seizures.

If any of these occur, medical attention should be sought immediately. Other symptoms are the inability to wake up, coma, and hypothermia. The safest thing to do if you suspect alcohol poisoning in someone is to seek medical help. It is always better to err on the side of caution instead of wishing you had done something differently. The symptoms of alcohol poisoning can be horrific to witness and can ultimately lead to death.

Alcohol poisoning doesn’t always lead to coma or paralysis, but it can impair judgement to the point where a person suffers from blackouts, sexual assault, or unwanted sexual intercourse.

Because alcohol is a depressant by nature, it slows down thinking and suppresses the nervous system. It is never okay to assume that someone should just sleep it off; this can lead to asphyxiation when a person chokes to death on their own vomit because of lying on their back. As gruesome as these consequences sound, they are a sad reality for many. However, the worst consequences can be prevented if you suspect alcohol poisoning and reach out for medical attention. Don’t be a silent bystander; even if you don’t know the person, take action. When in doubt, call 911 because ultimately you might be saving a life.

Reference:
Alcohol Overdose: The Dangers of Drinking Too Much. The National Institute of Alcohol Abuse and Alcoholism. Retrieved January, 2017.