Skip to content
College Spring Break and Drug and Alcohol Use 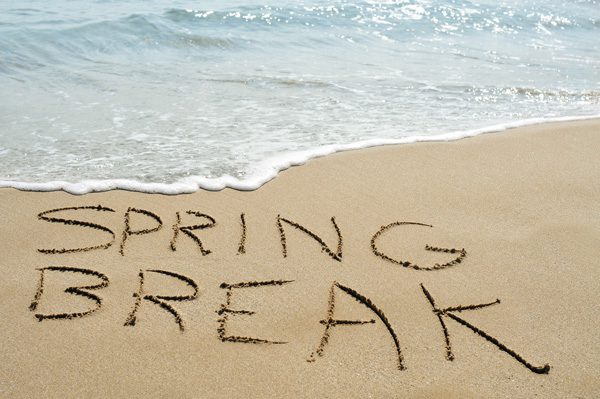 Spring break for college students typically falls in the middle of the spring semester, or near Easter.

For students, this is a time to relax and take a break from the stressors of school. For many years, students have flocked to beaches and parties during break as a way to let loose. Over the past decade, the partying has become increasingly dangerous as our young people not only are drinking to excess, but also mixing drugs with alcohol.

The data on substance abuse on college campuses is staggering. In a recent report at Columbia University, the results are as follows:

It is estimated that during spring break, forty-four percent of college women and seventy-five percent of college men get drunk daily. Out of these numbers, half will binge drink, getting drunk to the point to passing out. According to the Centers for Disease Control and Prevention, binge drinking is defined as a female having more than four drinks in one sitting, and a male consuming more than five. During spring break, males drink an estimated eighteen drinks per day, and females drink an estimated ten per day. The numbers are high, and the outcome is not good.

The use of drugs by college students is on the rise. Since the 1990’s, the use of marijuana has doubled. Use of drugs such as heroin and cocaine is up over 52%. The epidemic of abuse of prescription drugs has exploded in the past twenty years. Student abuse of prescription pain killers shot up 343%. Students who abuse stimulants such as Ritalin shot up 93%, abuse of tranquilizers such as Xanax is up 450%, and abuse of sedatives rose some 225%.

What is happening to our youth?

There are consequences to the brain caused by excessive drinking and doing drugs because the brain is still developing well into the person’s twenties. Alcohol and drug use can cause irreversible damage to the brain. Studies have proven that putting an excessive amount of poison into the body causes long-term damage to the brain, including impairment of one’s coordination, memory, and movement. Besides affecting the brain, alcohol has a myriad of effects on the body. It is a central nervous system depressant that slows the body’s rate of functioning. It can lead to vomiting, confusion, difficulty breathing, and unconsciousness. According to the U.S. National Institute on Alcohol Abuse and Alcoholism, approximately 1,825 college students die each year in alcohol-related injuries, and many more become victims of drug- and alcohol-related crimes. The crutches they are using to get by and get their education are killing their brains and taking their lives.

Spring break should be a time of rest and relaxation, a time to refuel to get through the rest of the semester. There is a huge difference between going out with some friends for a few drinks and getting high or drunk to oblivion. There has to be a change so we do not continue to lose our young people to addiction and even death.

If you or someone you love may be suffering from drug and alcohol addiction, contact The Ranch at Dove Tree today at 800.218.6727.