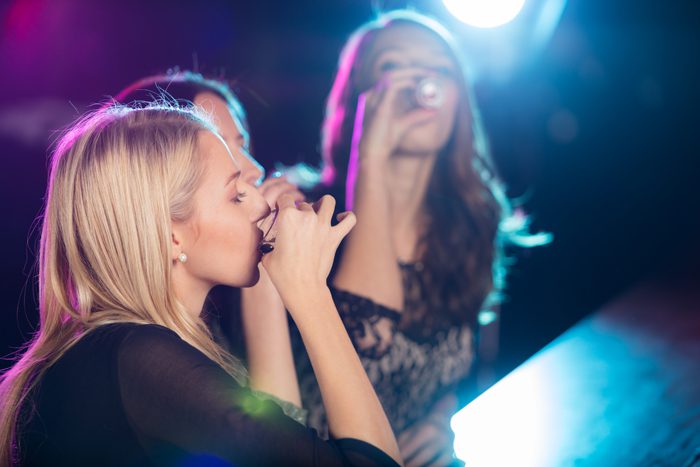 Most people are familiar with the term ‘binge drinking.’

Oftentimes, this term is associated with young people in college, as many college students get involved in partying. The truth is that anyone can binge drink. The National Institute on Alcohol Abuse and Alcoholism (NIAA) defines binge drinking as a pattern of drinking that brings blood alcohol concentration (BAC) levels to 0.08 g/dL or higher. According to NIAA, this typically occurs after four drinks for women and five drinks for men—in about two hours. This, of course, depends on the type of drinks in question, because different alcoholic beverages have different alcohol content. The Substance Abuse and Mental Health Services Administration has a similar definition of binge drinking, describing it as drinking five or more alcoholic drinks on the same occasion on at least one day in the past 30 days.

Many negative consequences are associated with binge drinking, such as poor performance of responsibilities, DWIs, accidental injuries, car wrecks, unwanted sexual encounters, criminal activity, alcohol poisoning, and even death. Another possible repercussion is sometimes overlooked: addiction. While not all individuals who take part in binge drinking end up with an alcohol use disorder (AUD), some do. In a study published by the Center for Disease Control and Prevention (CDC), it was found that about nine out of 10 adult excessive drinkers did not meet the diagnostic criteria for alcohol dependence, but that the prevalence of alcohol dependence increased with the frequency of binge drinking.

The bottom line is that excessive drinking, including binge drinking, raises the risk for a number of chronic and fatal diseases, including AUD/alcoholism.

If you are concerned about your own drinking habits, or those of someone you love, help is available. Whether the issue is binge drinking, excessive drinking, heavy drinking, or even the use of another substance, we can give you the assistance needed to make a change. Please consider speaking with one of our admissions counselors today.