Skip to content
Opioid Epidemic Statistics – What Happened and Why 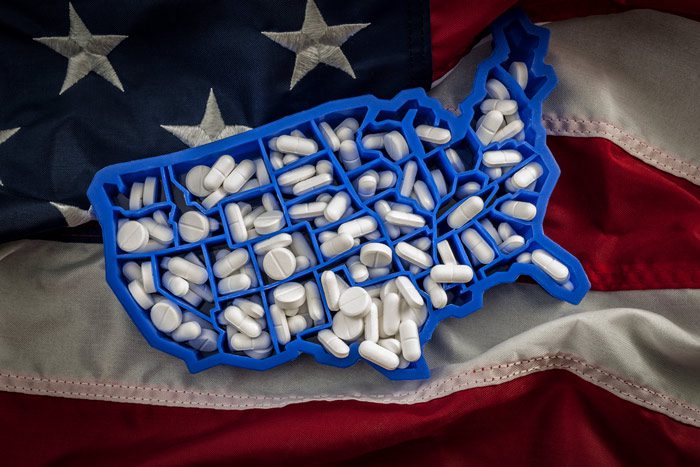 Opioids are a type of drug that change the way our brains work. Initially, they can help turn off pain receptors in the brain, easing chronic pain or recovery from surgery. Illicit forms of opioids will create a high, taking you away from the intensity of day-to-day life. The problem is, opioids don’t stop there.

Every time you use opioids, your body adapts to them. Soon, you’ll need to use more and more of the drug to get the same effects. While your brain is craving that higher dosage–and needs it to function–your body’s other organs can’t handle the building toxicity. It becomes increasingly possible that you’ll take too much. Your breathing will slow. Your heart rate will become faint. You will overdose.

Even in small doses for short periods, opioids can create profound changes in brain chemistry. If you or a loved one is using opioids on a routine basis, you’re at risk for severe addiction. What’s worse, the bond opioids create in your brain makes it nearly impossible to stop using on your own.

Is There an Epidemic of Opioid Use in the U.S.?

Opioids have become widely used medications. The illegal forms, like heroin and fentanyl, are easy to obtain in most cities. This has created an incredible amount of addiction and overdose in many areas. Some are calling it an opioid epidemic. Take a look at what’s changed and how it happened, according to the U.S. Department of Health and Human Services.

The Beginnings of an Epidemic

In the late 1990s, many doctors began prescribing the use of opioids as pain relievers. People with chronic pain, pain from disease, and those recovering from everything from a toothache to open heart surgery were given the drug. Many drug manufacturers told health practitioners that opioids were safe and non-addictive. This, combined with how effectively opioids manage pain, led to widespread use.

In the 1990s and early 2000s, the development and use of both natural and semi-synthetic opioids, including methadone, began to take place. During this time, there was a significant increase in overdoses.

Then, in 2010, there seems to have been a second rapid rate of increase in overdose deaths related to opioids, particularly heroin. Increased access to heroin from drug cartels led to increased overdose rates.

By 2013, opioid prescriptions remained high, heroin was readily available, and easy access to synthetic opioids, including fentanyl, created a higher risk of overdose. The illicitly manufactured fentanyl market continues to play the biggest role in the high overdose rate. Fentanyl, an extremely potent form of opioids, creates a very high risk of death and is being manufactured into other drugs, including fake prescription medications, heroin, and cocaine.

Who Is Responsible and What Can Be Done?

Drug manufacturers, doctors, illicit drug dealers, and drug policy have all been blamed for the opioid epidemic. Fortunately, growing awareness has led to greater care in how opioids are marketed and handled. Hospitals and doctors are exercising more caution in prescribing opioids and following up with patients who take opioid medications. Government organizations in many states and communities are working to improve access to medications used to treat opioid addiction. The use of products like NARCAN to immediately reverse an occurring overdose are also more readily available than before.

If you are one of the millions of people impacted by opioid addiction, seek help immediately. At The Ranch at Dove Tree, counselors are available to talk to you about the options for getting clean and recovering your life. Learn more about our detox program in Lubbock, TX that is helping people to find their way forward.

To learn more about our programs at Ranch at Dove Tree, and opioid treatment in Texas, please contact us today at 800.218.6727.