Skip to content
Dying to Quit Drinking: Why Alcohol Treatment Needs to Happen in a Safe Environment 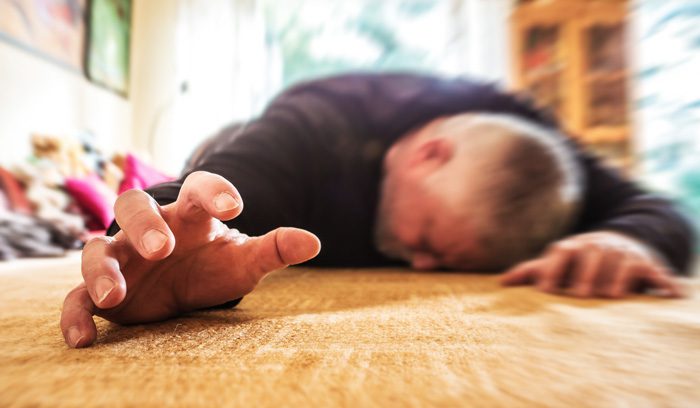 To most people, to cure alcoholism, the treatment is simply to stop drinking.

Yet, doing so could be deadly. Called alcohol withdrawal, the condition can create a number of significant symptoms that are life-threatening. As one of the most dangerous substances to withdrawal from, many men and women die each year going through the process.

How Does This Happen?

The National Institutes of Alcohol Abuse and Alcoholism report that 16 million Americans have alcohol use disorder. Defined as a compulsive need to use alcohol or even a loss of control over their intake, it is classically associated with a negative outlook when a person is not using. Most of these people will not die if they stop using alcohol. However, for some, not getting alcohol could set off the symptoms of alcohol withdrawal.

The U.S. Centers for Disease Control and Prevention reported that, in 2016, 831 people in the United States died as a result of alcohol withdrawal-related complications. Some reports indicate these numbers may not include those who simply stop drinking on their own.

A recent study pinpoints the complications that stem from alcohol withdrawal. For example, acute alcohol withdrawal symptoms begin just six hours after an initial decline from a person’s peak intoxication. These symptoms include tremors, insomnia, restlessness, and anxiety. If a person is mildly dependent, these symptoms slow and eventually stop within a week.

Individuals with more severe dependency are likely to develop significantly worse symptoms. About 10 percent of all individuals with severe alcohol dependency face intense symptoms that could be life-threatening. The most common, high-risk symptoms include seizures and delirium tremens, according to the same study.

Within the first 48 hours of stopping alcohol consumption, individuals with serious addiction are at the highest risk for seizures. About 90 percent of all seizures occur in this timeframe, but they can continue for up to 20 days. The seizures tend to be generalized convulsions with spasmodic muscular contractions.

Called DTs, delirium tremens are perhaps some of the most intense of all withdrawal symptoms and occur in the first four days after the onset of withdrawal. They are most common in individuals who have a long history of heavy drinking. About 5 percent of people who experience these symptoms will die from them. If proper medication and medical support are provided during alcohol withdrawal, the likelihood of DTs being fatal decreases substantially.

DTs are classified as a sudden state of confusion. Hallucinations occur. Individuals do not know where they are or what they are doing. They may not recognize others. They may fear for their lives.

Why Does This Occur in So Many People?

Alcoholism is a disease, much like cancer or heart disease. Recognizing this can help explain why it isn’t easily cured by simply not using the drug of choice. Changes in the brain’s chemistry and the body’s makeup create dependency, which is defined as a physical need to use alcohol. The chemical processes occurring in the body during substance use create these changes, which cannot be simply reverted in a short period of time.

When alcohol is no longer available, the body reacts. The brain pushes for access while the body’s systems begin to break down. Seizures and DTs are just a few of the most common high-risk physical expressions of this demand. Others include changes in thought, mood, and perception; Wernicke-Korsakoff Syndrome (a condition in which severe cognitive impairment and delirium takes place); and cardiovascular complications. In some situations, simply not drinking alcohol can trigger an abnormal heart rhythm, which can be deadly.

How Do People Recover from Severe Alcohol Addiction Without These Risks?

A too-rapid withdrawal is dangerous. Yet, long-term use of alcohol is even a higher risk to health. Individuals who have long-term or steady use of alcohol, should work through detox in a medical setting. What’s important here is that severe addiction can occur in many people, even those who have just a few drinks each day after work. Individuals who binge drink or drink a significant amount over a long period of time are more likely to experience sudden death.

Individuals who are facing this reality need to seek help. At the Ranch at Dove Tree, medical supervision is available for alcohol detoxification. Done properly with medications to minimize the physical impact, it is possible not only to detox but also to start on a path to long-term recovery.

To learn more about our programs at Ranch at Dove Tree, alcohol detox center in West Texas, please contact us today at 800.218.6727.