Skip to content
The Correlation between Addiction and Suicide 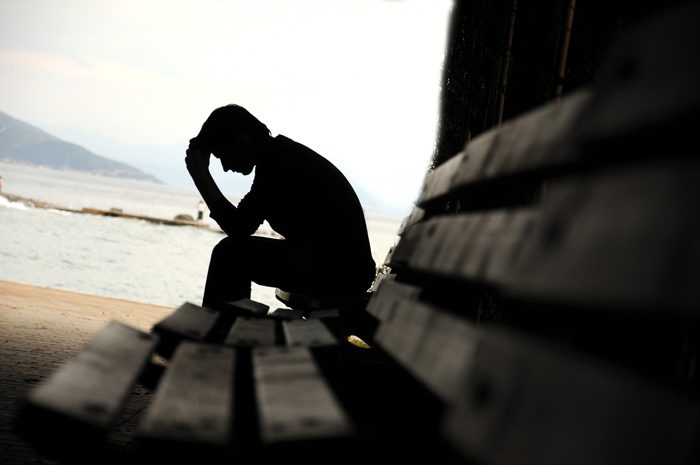 According to the World Health Organization, over one million people die by suicide annually.

In the United States alone, over 40,000 people take their own life every year, making suicide the tenth leading cause of death in our country. That is one American every 12.95 minutes. The American Foundation for Suicide Prevention claims 90% of those who die by suicide had a diagnosable psychiatric disorder at the time of their death. People with depression and other mood disorders are the number one risk, with people with addictions coming in second. The National Alliance on Mental Illness has found that roughly 53% of people with substance addictions have one or more severe mental disorders. People with the disease of addiction are at high risk for suicide.

The underlying causes of addiction vary from person to person. Most people start out young, experimenting with substances. As a person uses more often, they build a tolerance, which leads to using more to achieve the desired effect. This is the leeway into addiction. Some people use substances because they are trying to balance mood disorders such as depression or anxiety. Using marijuana, alcohol, or other substances may make them feel calmer or happier, so they self-medicate, never getting to the root of the problem. For many Americans, addiction begins with a prescription from the doctor. Individuals with anxiety may be prescribed benzodiazepines. People who suffer chronic physical pain or who have undergone surgery are prescribed pain medications, usually opioids. Addiction is a complex disease that originates from a culmination of factors. This is one of the reasons why the holistic philosophy of treating addiction works so well. Holistic therapy treats the whole person, not just the alcohol or drug problem.

When someone we care about is suffering from addiction, we are constantly concerned for their health and well-being.

It is quite ordinary to worry about what mood they will be in, whether they are driving under the influence, missing work or school, or suffering a serious overdose. The threat of suicide usually does not enter our mind, but this is a very real, serious risk. There is an undeniable correlation between addiction and suicide. Information from the Center for Disease Control claims that those with addiction are six times more likely to commit suicide than those who do not suffer from addiction. Alcoholism is directly linked to approximately 50% of all suicides worldwide.

Besides the glaring reason that someone who is high on substances is not in their right mind and at an increased risk of suicide while under the influence, there are other factors as well. As previously mentioned, people with addiction disorders often have co-occurring mood or mental disorders. Someone with depression is at a very high risk for suicide. Depression can be the reason someone gets addicted to drugs, and depression can happen when they are coming off of drugs.

Once a person gets clean, they are not quite in the clear.

People in recovery are also at risk. Once someone admits they have a problem and seeks treatment, the next step is detox, then dealing with all of the feelings that they have been burying with drugs and/or alcohol. Usually by the time someone enters a drug rehabilitation facility, they have made quite a mess of their lives. The first year is crucial in recovery. The recovering person may be overwhelmed with feelings of remorse, shame, guilt, and hopelessness at the mess they have made and the people they have hurt, and they no longer have the crutch of substances to deal with all of these emotions. This can be enough to push some people over the edge. It takes at least one full year in sobriety to clear the mind and to begin to get emotionally healthy.

If you are concerned whether a loved one is suicidal, here are some signs to look for:

With education and guidance, suicide can be prevented. If you think someone you love is at risk for suicide, you can call the National Suicide Prevention Lifeline at 1-800-273-8255. English- and Spanish-speaking counselors are available 24/7. If you have a loved one struggling with addiction or with the recovery process, be aware of the signs.

Suffering from alcoholism or drug addiction? Contact Ranch at Dove Tree today at 800.218.6727.