Skip to content
Universities with the Highest Rate of Drug Arrests 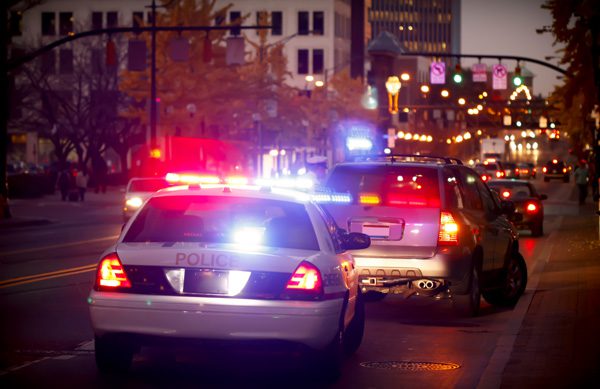 Colleges that receive federal funding are legally obligated to provide annual reports about crimes on or around their campuses. A new report from Project Know has shown that there were 44,873 arrests and over 250,000 disciplinary actions on college campuses across the United States for drug and alcohol related offenses in 2014.

Although the two maps below are not exactly the same, the cluster of colleges and universities with the highest arrest records is prominent in the northeastern and western states. The information on the first map comes from Project Know (http://www.projectknow.com/discover/drugs-on-campus-2014/), a website that provides information about getting help for drug addictions. It analyzed drug and alcohol arrests on campuses in 2013, only analyzing the data from colleges and universities that had more than 5000 students so the data would not be skewed by the numbers in smaller colleges. The information on the second map comes from the Department of Education’s Office of Post Secondary Education. 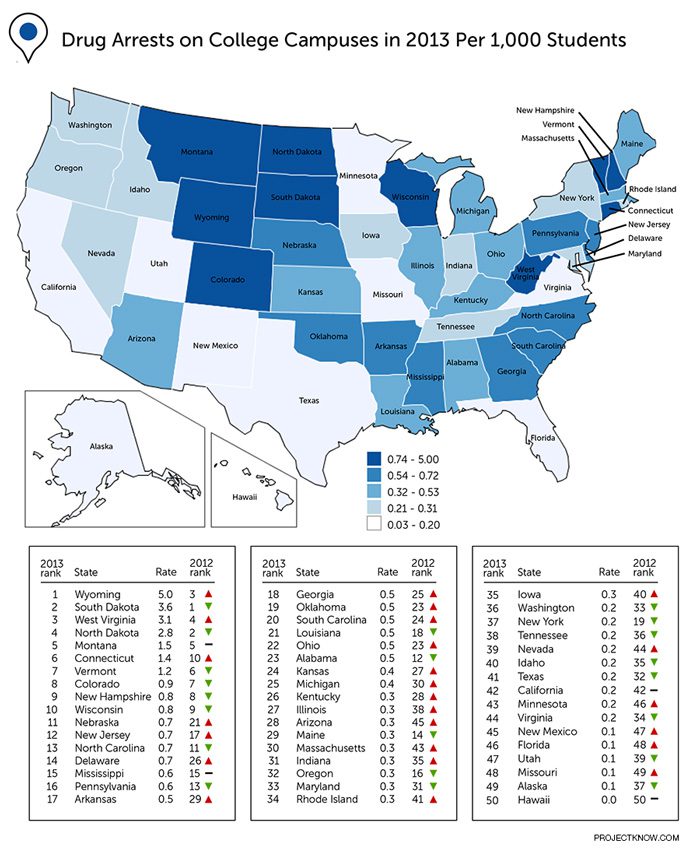 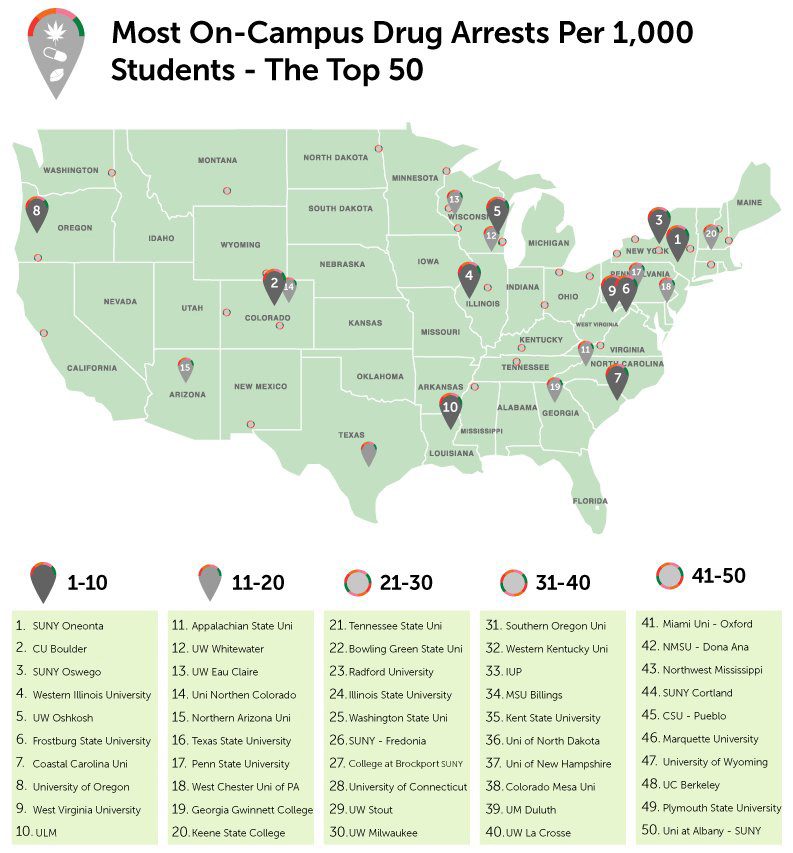 Although the maps show the largest problems to be in the northeast states, the highest drug arrests in 2014 were in Montana, South Dakota, West Virginia, Wyoming, and Delaware. All of these states had a median average of arrests that were 2.3 times higher than the rest of the country, with Montana ranking the highest at 4.8 per 1000 students.

As for which states had the highest increase in college campus drug arrests, the results are as follows:

Increases in drug arrests may not only be attributed to a sudden rise in drug offenders. It can also be due to new reporting procedures and colleges cracking down on drug use on campus. It is a good idea to research the college your child is interested in, especially if addiction is a concern.

You or someone you love in need of addiction treatment? Contact the Ranch at Dove Tree today at 800.218.6727. We know what you are going through and we can help you begin the process of recovery.

Camera, Lauren. January 26, 2016. These States Have the Most Campus Alcohol and Drug Arrests. Retrieved April, 2016.

Jacobs, Peter, January 31, 2014. The Colleges with the Most On-Campus Drug and Alcohol Arrests. Retrieved April, 2016.