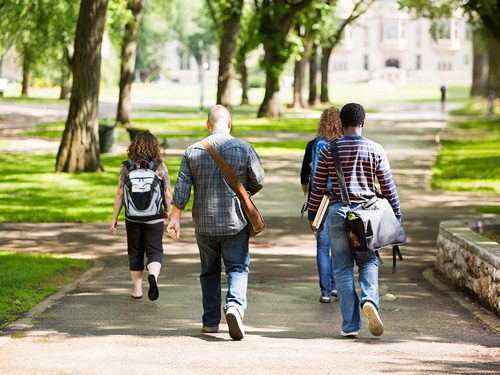 The rate of binge drinking on college campuses is on the rise.

The U.S. Surgeon General and the U.S. Department of Health and Human Services have identified binge drinking among college students as a major public health problem. Binge drinking refers to consuming more than four drinks in a row for women, and more than five in a row for men. One alcoholic drink is one 12- ounce beer, one 5- ounce glass of wine, or 1.25 ounces of distilled spirits. This adds up quickly when college students are out drinking.

Alcohol appeals to college students for a variety of reasons. Alcohol promotes some positive experiences, such as alleviating social anxiety and helping to grow close friendships and bonds. It may even help those who are shy find romantic love. For many students, college is the first time they are not under parental supervision. They are searching for their identity and place in the world, and a drink or two lets them feel more at ease with themselves and the world around them. It is when people have more than one or two drinks that problems ensue. Binge drinking is promoted by many fraternities. The stories that go along with it, such as getting arrested, getting sick, getting upset, fighting, etc., give the students war stories with which create a bond and memories. Some may stay up all night to care for a fellow student who is drunk and upset, or sick. This gives them a sense of adult responsibility. The trouble is that many college students are new to drinking, not realizing their limit, do not know when enough is enough, and do not realize the dangers and risks involved in this behavior.

These figures do not include the other adverse effects such as health problems and academic problems. Because alcohol is a central nervous system depressant, up to 1.5 percent of students who drink and/or use drugs have indicated that they have tried to commit suicide.

What may begin as fun can end up fatal. Drinking is nothing new on college campuses. We can only hope the day is near when students will realize the dangers and find other, healthier ways to connect, release stress, and have fun.

Contact Ranch at Dove Tree for more information on alcohol and addiction treatment at 800.218.6727. Our admissions professionals are available 24/7.